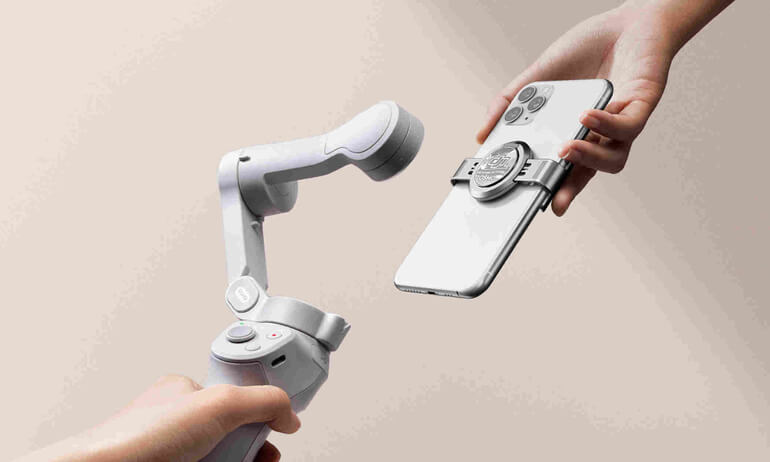 The new DJI OM 4 is out. If this sounds strange it used to be called the DJI Osmo Mobile, they just shortened it to OM. The design from the 2-3 was a very radical redesign. This is more of a design that fixes a few things with the Osmo 3 designs.

Here are some of the upgrades DJI did for OM 4

The biggest thing you will notice is the way the phone attaches to the gimbal. Previous Osmo used a clamp on the gimbal to attach. This has caused a few issues for some users. They have replaced this with a magnetic attachment. Which is a great new way to attach your phone.

I am a huge fan of the OSMO or OM line. It’s simple to use and the battery lasts forever without recharging. I bought the Osmo Mobile 3 last year. Am I going to buy the OM4? No, I am not. To me, this is not a “game changing” upgrade like the Osmo 3 was. But, then again, I was moving from the original Osmo to the three.