Yesterday Twitter announced a new way to send Tweets to someone. “Starting today, you’ll notice something new on Tweets — a Message button. With this new feature, it’s simple to share a Tweet via Direct Message and spark a private conversation” is what Twitter said!

As you can see by the gif above it’s a simple way to send Tweets. Just click the icon for DM and it will open a new conversation with someone. Is the feature revolutionary? Is it going to change the way we Tweet? Nope, it isn’t but its a minor upgrade that could come in handy.

Why is is a Handy Update?

Sending a Tweet has never been easy. If you see a Tweet from a competitor or a good idea for your company. There was no way to send it to someone. Now you can click a button and carry on a private conversation about the Tweet in question. I think Twitter is smart by doing this update. Now that the character limit is gone in Direct Messages, you can actually have a conversation!

According to Twitter – “Every day, millions of people send Direct Messages to communicate privately with friends, family, experts, brands, and anyone else they find interesting on Twitter. In fact, we’ve seen the number of messages sent grow over 60% in 2015. And the number of Tweets shared privately has grown even faster, at 200% in just the second half of last year.”

How can you use this new feature?

There will be many ways to use this new feature. Here are few that come to mind.

You will find more ways to use this feature as time goes by. I think it will be one of those features you will use and forget how useful it is. Its rolling out over iOS and Android today! 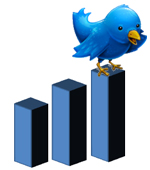 Facebook Should Roll Out Live Video to More Pages