One of the worst things on social media is a crisis. Something has gone wrong and you now face the wrath of the pubic. Was it a mistake? Were you hacked? Was it a lack of judgment? Any of these can cause one. Some of these are definitely preventable. You can take steps to prevent them from happening.

Here are some tips for avoiding a social crisis.

Post from the Correct Account – Remember the post from Ford about, and  I’m paraphrasing, people in Detroit can’t drive? A member of their agency mistakenly posted from the official Ford account. Instead of his personal account. Take a few minutes to see what account you are posting too. Another way to get around this is use one app for personal and one for professional. That way you will have a harder time to mix the two up.

Trending Hashtags – Don’t latch on to trending hashtags without seeing what they are. Kenneth Cole used the hashtag for Cairo to sell their fall collection. When the uprising was happening they Tweeted “Millions are in uproar in #Cairo. Rumor is they heard our new spring collection is now available online.” It wasn’t the time or place to sell shoes and clothing. Look into trending hashtags before you decide to use them for business.

Limit the Use of Jokes – As most of us know, the inflection in the voice is not something you can tell in social media. What one person may perceive as funny the other may think it’s extremely offensive. Gilbert Gottfried made jokes about the Tsunami in Japan and lost his job as the AFLAC Duck. Use jokes sparingly in social media.

Don’t Use Just Any Picture – Make sure you try to post pictures that are relevant to what you are talking about. American Apparel posted a modified picture of the Challenger exploding. The picture included  the hashtags Smoke and #Clouds. They apologized and said the social media manager was born after the event. Always research or put it in Google image search to find out more about it.

Criticize your Competitors Blunder – If a competitor has a blunder in social media or business don’t publicly criticize them about it. . LG criticized Apple for #bendgate. Bendgate was that the iPhone 6 was bending in people’s pockets. LG France Tweeted about the controversy. Which in itself may not seem bad but it was sent by an iPhone.  In short don’t kick someone when they are down.

These are just a few ways to try and avoid a social media crisis. Note that sometimes things will happen out of your control to cause it. Also, no matter how cautious you are accidents happen. But do the most you can to limit your exposure to a crisis. 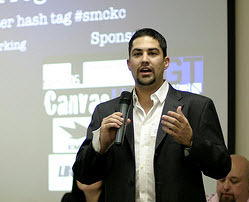 ME0013 – Chris Kovac – Integrating Social into Your Marketing Communications Part 1